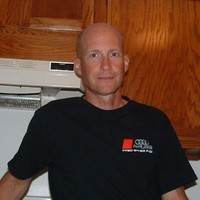 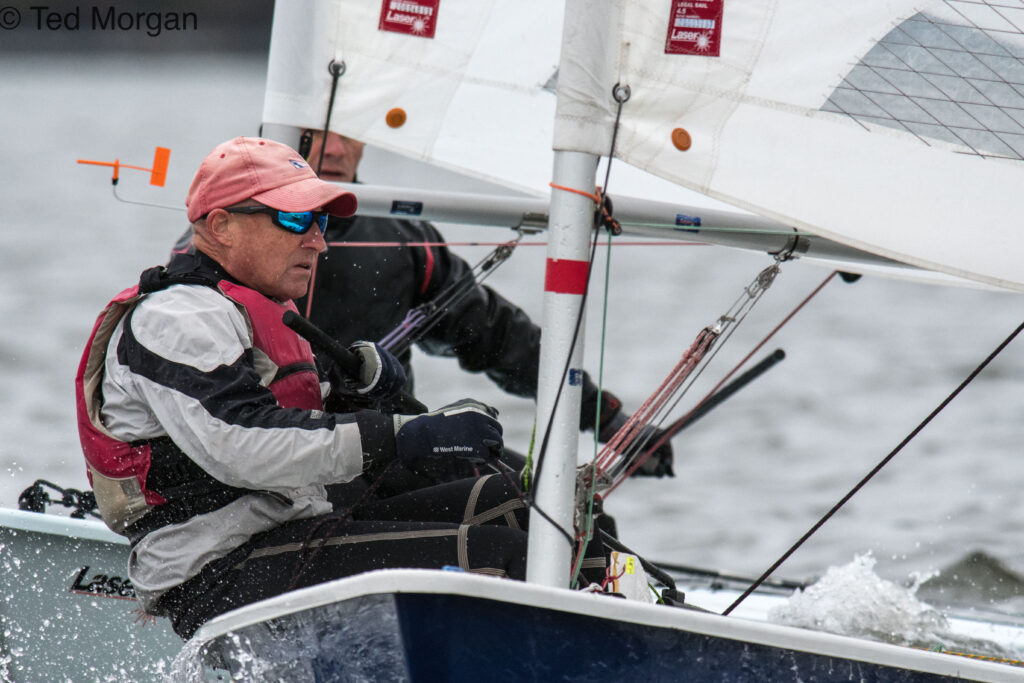 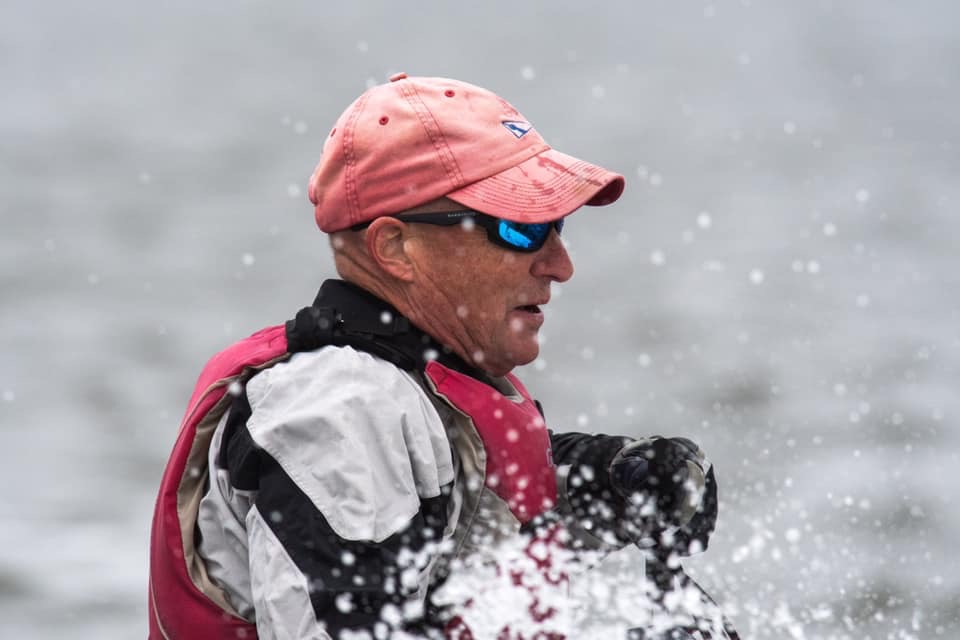 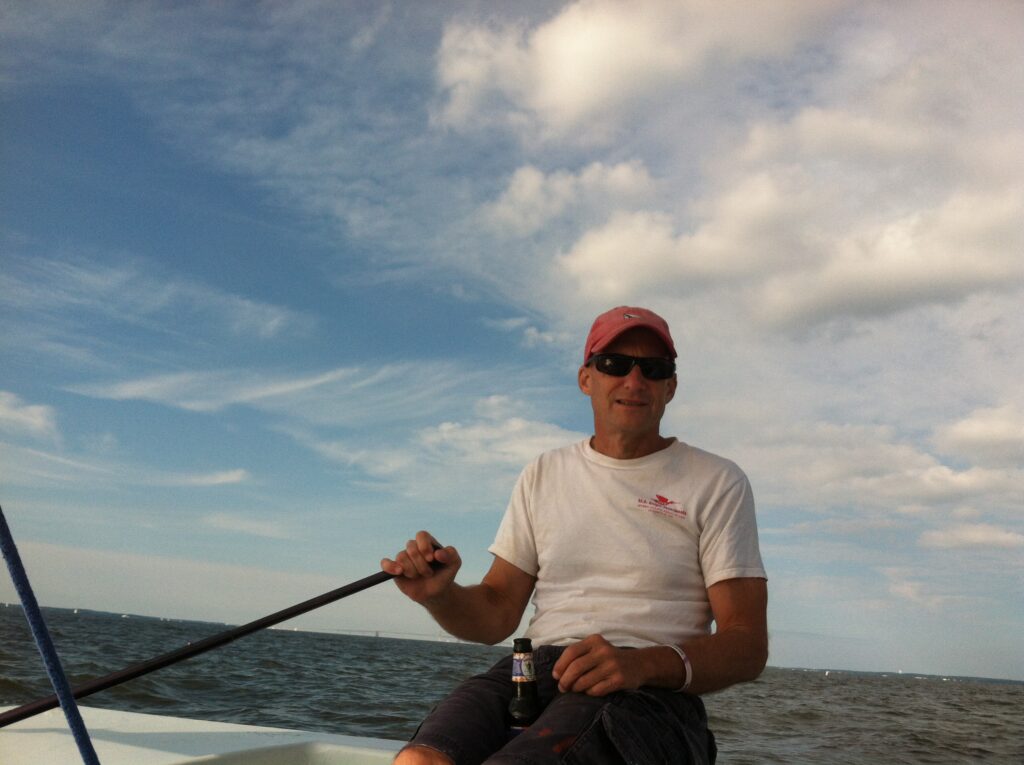 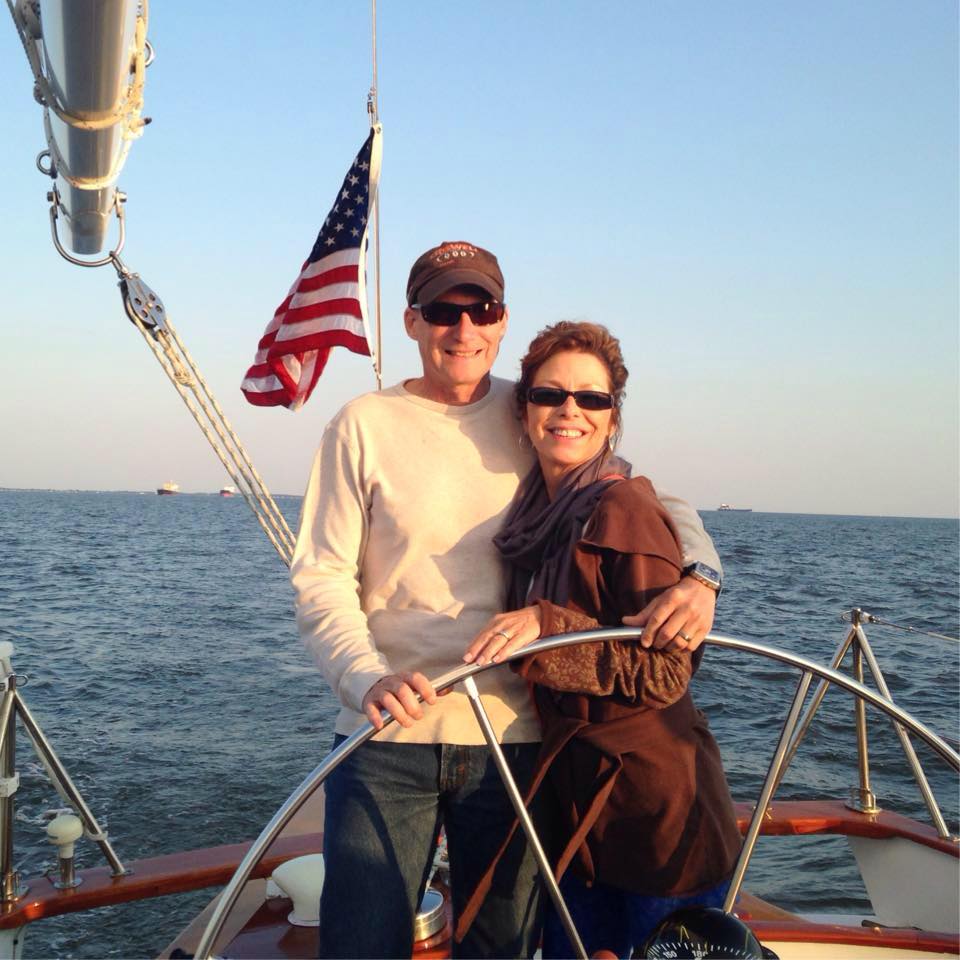 Hal Whitacre, founder of Whitacre Yacht Design, has degrees in naval architecture and marine engineering from the University of Michigan — where he met TC.

In 1987, Hal joined two partners in Kaufman Design, a yacht design/naval architecture firm in Annapolis. They designed power and sailboats, and developed an adaptive sailing seat for handicapped sailors that 25 sailors used in the 1992 Boston Independence Cup.

Hal moved to Bruce Roberts International Yacht Design in 1999, where they designed more than 100 boats in plan- and metal-kit form, beside 110-foot fiberglass motor yachts, 18-foot wooden-planked sailing dinghies, a line of 36-75-foot trawler yachts and a line of aluminum performance sailing catamarans.

Hal recently moved with his wife Tammy to Wisconsin but continues to work with U.S. and international clients. He and Tammy have five grown children and three grandchildren. He enjoys sailboat racing and daysailing their Flying Scot. 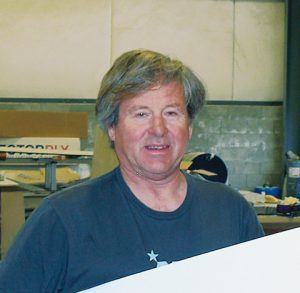 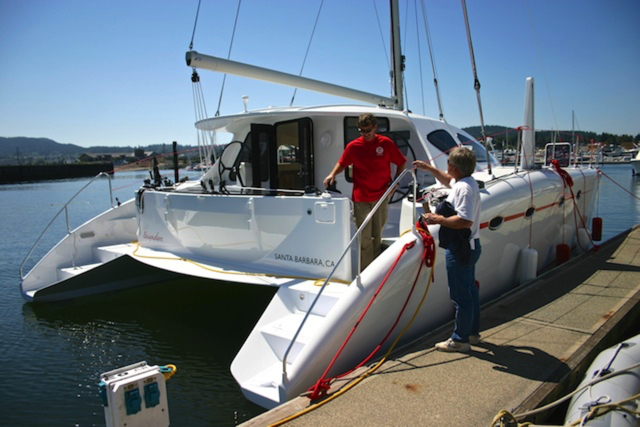 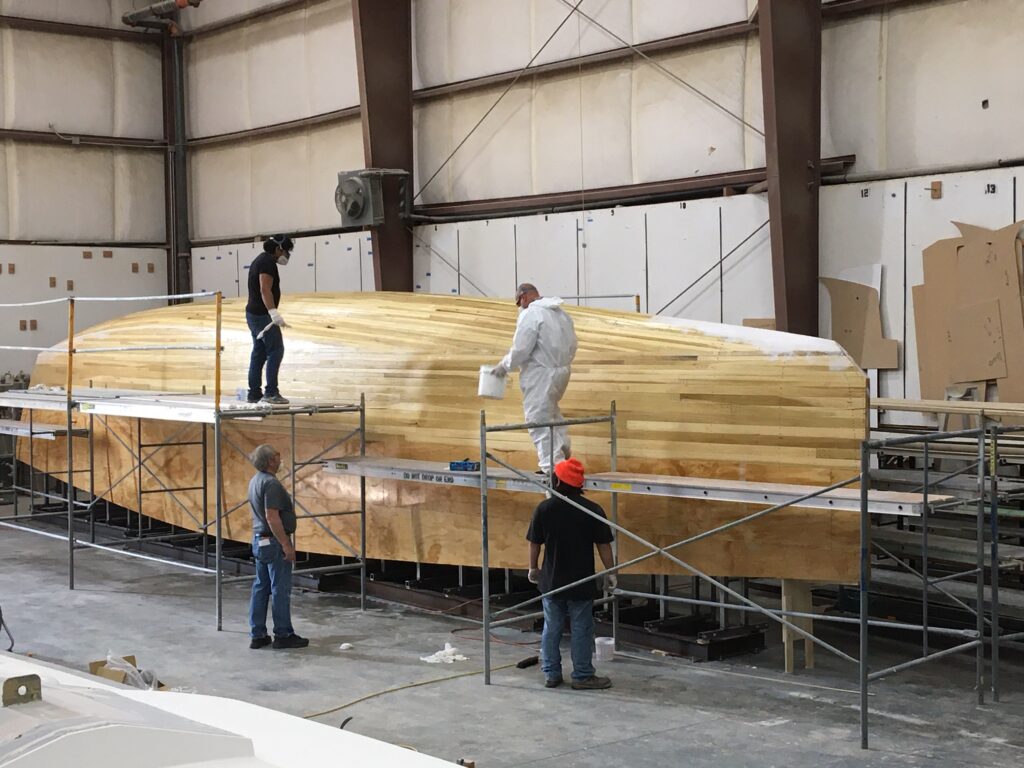 Jim landed the opportunity of a lifetime in 1998 — an America’s Cup build for the San Francisco Yacht Club’s America True syndicate, for the 2000 event.

Betts-built boats have sailed around the world and competed in the America’s Cup, Admiral’s Cup, Trans Pac, Around Alone, and Cape 2 Rio races.

Jim later became the first boat-builder in Anacortes, Washington, where he uses high-tech composite experts and proprietary construction techniques for high-quality and performance in sail- and power-boat builds.

Jim and his staff work closely with customers and designers throughout the build process, for on-time and under-budget builds. 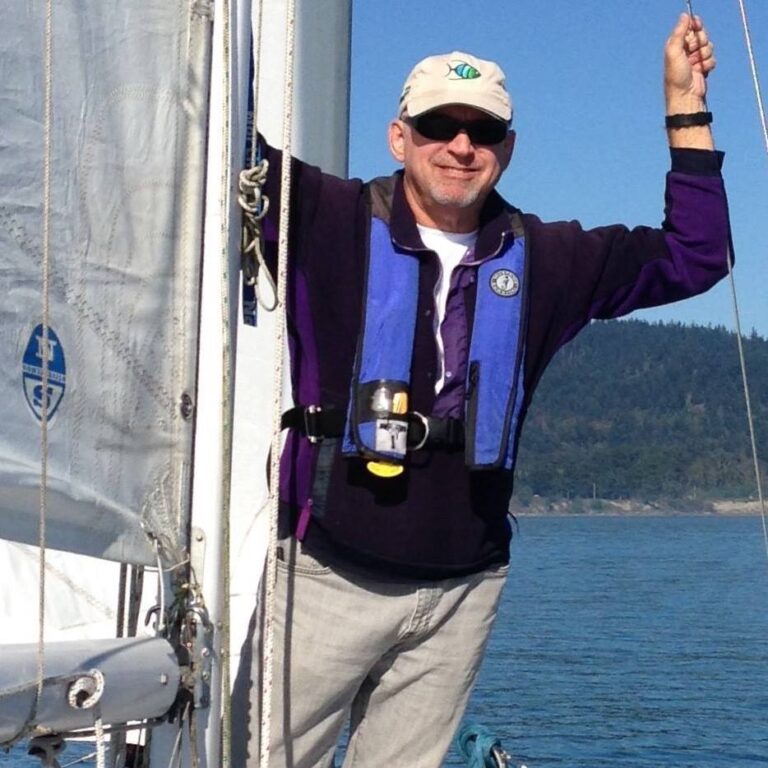 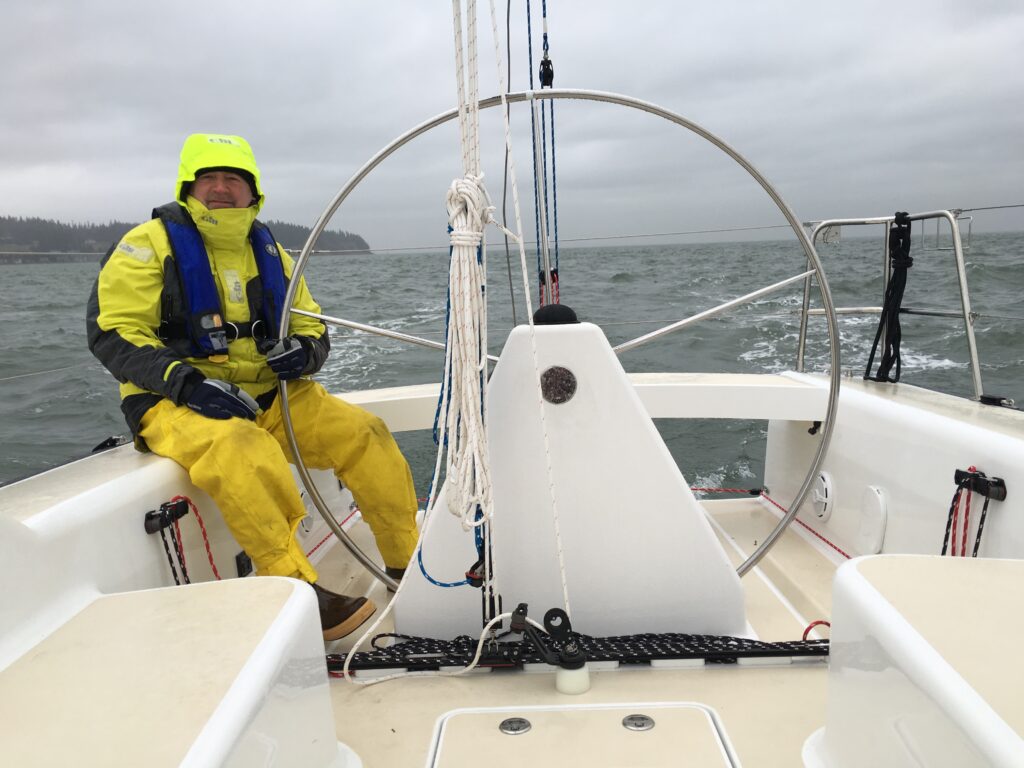 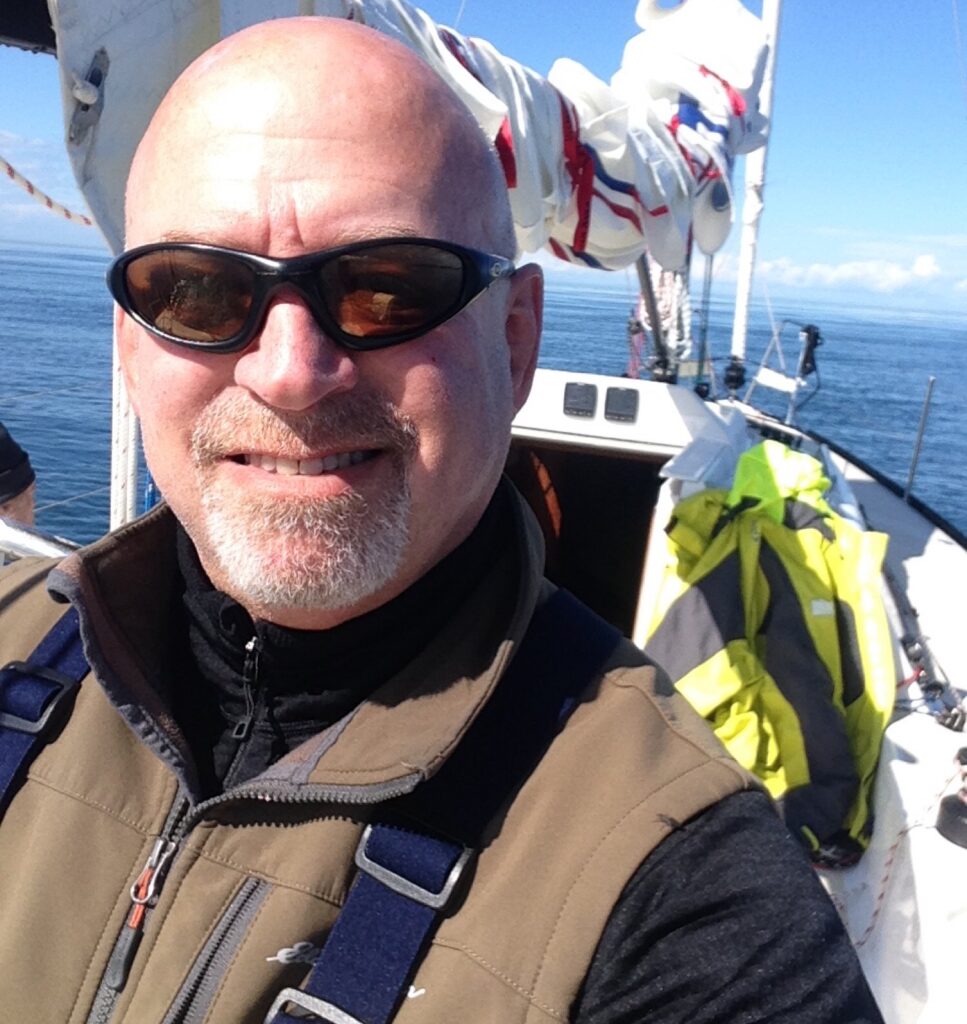 Growing up in small Iowa towns, Mike was captivated by the power of wind on sails.  Mike’s first sail was on a Melges M16 on Lake Okoboji in Iowa.  That’s all it took!  He was hooked!

With a strong work ethic and entrepreneurial spirit, Mike began his 31 year sailing industry career as a founding partner of sailboat dealership in 1975.  Initially a small boat dealer for Sunfish, Laser, Hobie Cat, and NACRA, the small sailboat shop expanded to selling O’Day, S2 Yachts, Beneteau, Tartan, Hunter, and Catalina.  By the late 80’s, with a full service boat yard, windsuring and sailing school, the company was serving sailors in a 5 state region of Iowa, Nebraska, Kansas, Missouri, and South Dakota.  While water resources are scarce, the Midwest plains are never short of wind.  Big reservoirs on the Missouri and Mississippi rivers served the foundation for a growing market.  Business grew, earning the company Top 10 Dealer awards for Beneteau, S2 Yachts, and Sunfish/Laser.  A recession led to closing the business in 1995 and Mike focused on single parenting his son while shifting his career to real estate.

Many summer bareboat sailing charters with his son to Door County, Florida, and San Juan Islands nurtured Mike’s passion for the water.  In 2010, with his son graduated from college, and the call of the ocean beckoned.  Mike resigned as CEO of a successful real estate brokerage and moved to Anacortes, WA to resume his passion for the sailing biz.

In fall of 2011, Mike joined a regional yacht broker in Anacortes. WA.,  dealer for Jeanneau, Lagoon, and Tartan.  With a growing customer base, in 2014 Mike was recruited by Tartan/Legacy Yachts as their West Coast factory representative.  With an ownership change at Tartan, the new owners abandoned factory direct reps and Mike merged his rep company with Seattle Yachts, bringing the Tartan/Legacy dealership to the Pacific Northwest.

The design/build process requires experienced project developers to orchestrate the design, financial budget, build, and business model to successfully bring a customer’s vision to life.   Mike has the experience and know how to do that.  Introduce the twist/benefit of a creating a business LLC around a dream boat vision, and the custom design/build concept brings another dimension of value for hull #1 prototype customer.  The Whitacre 47 project, while a personal vision for TC and Kelly, is also creating a proven business model for them and for others to follow. 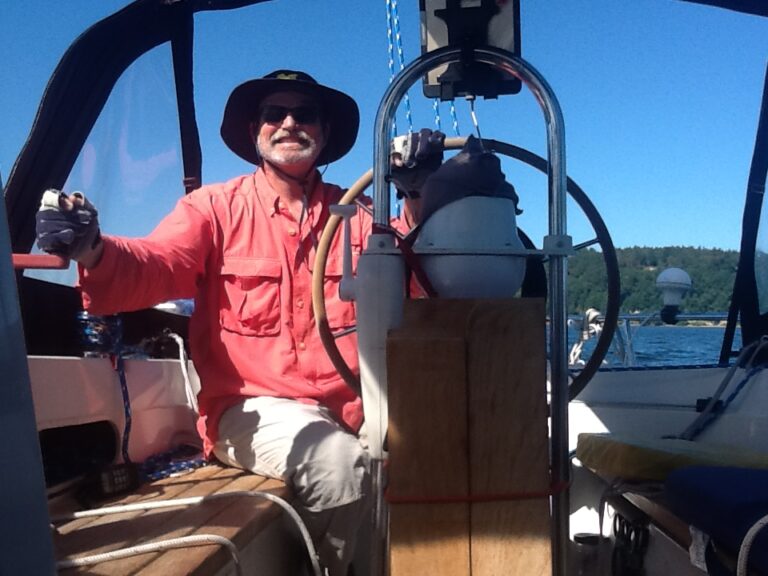 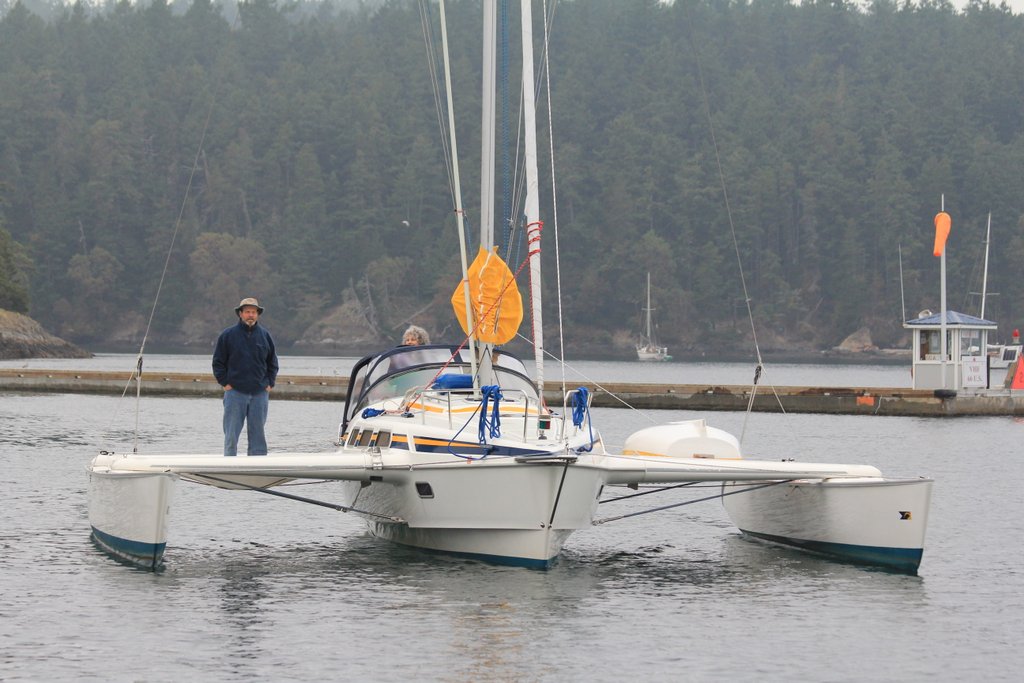 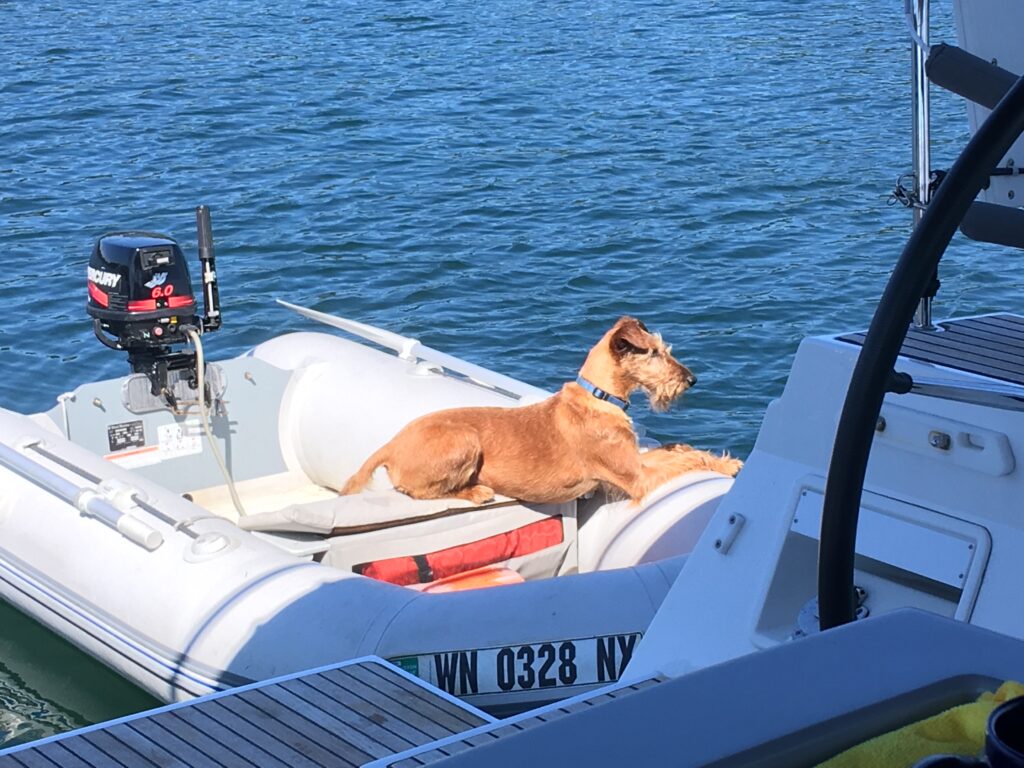 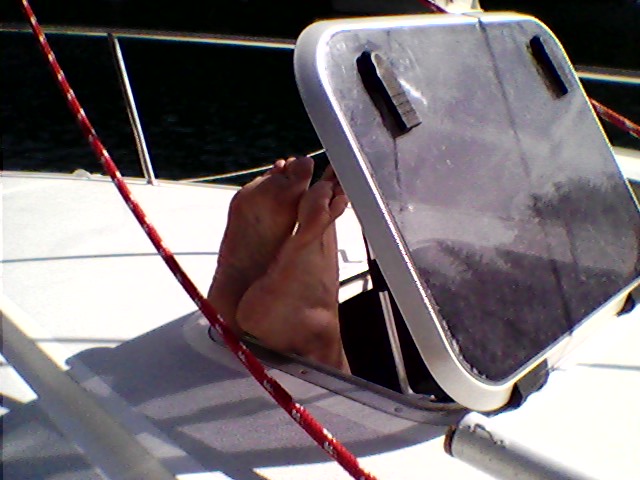 Kelly Rinehart was raised in north-central Texas, where the water is brown. She became intrigued with the sea while stationed at Patrick Air Force Base near Cocoa Beach, Florida. Hawaiian vacations further piqued her interest, and she was finally hooked during a Maui catamaran excursion that involved snorkeling, humpback whales, spinner dolphins, and turtles.

She glowed when she turned to her husband, and announced, “We are selling the house, buying a boat, and sailing the Caribbean.”

A few things changed, and now she finds sailing the PNW with her husband and boat partner TC Skeels, who is cursed with an overactive imagination and a mile-wide independent streak, and who took her statement as a command.

TC was raised around small sport boats, and spent as much time in and on the water as Michigan seasons allowed. During the winters, he was fueled by Jacques Cousteau television specials, and stories about Captain Blood, Sir Francis Drake, and the USS Constitution.

He became enamored with cruising and racing aboard an Ericson 34 on Lake Michigan, where sailing can be fraught with perils, but a typical summer day means steady onshore winds and beam reaches.

During Naval aviation instruction at Pensacola, TC raced around the bay in a NACRA 5.2. He taught sailing at the NAS Pensacola Sailing Facility, and learned the joys of a running Sunfish around frequent squalls, converting their energy to his speed.

In the Pacific Northwest, he kept his hand in sailing via friends, mostly on a Bavaria 34, later on a Beneteau 45, and Hallberg-Rassy 47. And he learned how mountains, islands, and strong tidal currents dictate movement.

TC and Kelly bought a 33-foot Dragonfly 1000 trimaran dubbed Strider (fast for him, flat for her), and tooled around Michigan’s lower peninsula for a few months, learning the boat, cheating death, and eating ice cream, fudge, walleye, and whitefish. They shipped the vessel back to the PNW and sailed all seasons on the Salish Sea with summers in Desolation Sound.

The pair sold Strider six years later but, still following Kelly’s command, they couldn’t find a production catamaran designed as a four-season liveaboard. Well, they thought, if you can’t find it, make it — and they decided to design and build the WHITACRE 47.

Kelly is a retired U.S. Air Force lieutenant colonel. Her career took her throughout the United States and to Europe, Kyrgyzstan, Qatar The United Arab Emirates to the conflicts in Iraq and Afghanistan.

Kelly has a psychology degree from Midwestern State University and advanced degrees from Florida Institute of Technology and the Air Command and Staff College.

TC is a retired US Navy captain who gained minor celebrity as an F14 Tomcat Radar Intercept Officer in the 1986 “Top Gun” movie. His Navy career aboard aircraft carriers took him to most of the world’s continents and to conflicts in Korea, Kosovo, Bosnia, Iraq, Afghanistan, and the Horn of Africa.

TC has an aerospace engineering degree from the University of Michigan, and advanced degrees from the Naval War College and Joint Forces Staff College.

Pacific Cruising Yachts is proud to announce the development of a new Limited Production Semi-Custom Offshore catamaran – The Whitacre 47.